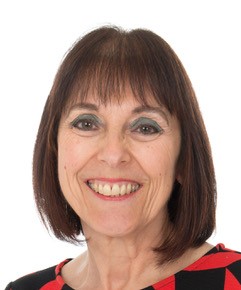 Eve believes that her 3 careers as a musician, in the BBC and now in coaching – have led her to Time To Think as the instinctive approach that fits with her philosophy on life. She has coached since 2004 initially alongside a role as a senior BBC leader running a division of 250 staff through times of intense change. Eve has done extensive training in leadership (MBA) and coaching and supervision (an MSc and postgraduate diploma) and gained the status of Accredited Master Executive Coach through the AC – Association for Coaching , and APECS – Association for Profession Executive Coaching and Supervision). She is also an accredited coach supervisor (via APECS and the EMCC, European Mentoring and Coaching Council) and is one of a few qualified Time To Think supervisors. At the heart of her work Eve thinks that by following the Ten Components, and providing generative attention, deep listening and really hearing what people say, the change that follows can be truly transformational for clients and their stakeholders.  Eve has delivered more than 3,000 hours of coaching and 1200 hours of supervision, is Chair of the professional coaching and supervision body APECS, and co-founded the Climate Coaching Alliance www.climatecoachingalliance.org. She set up and leads the Global Supervisors’ Network and does other voluntary work for charities, professional bodies including developing local coaches in Africa.  Eve won the 2018 European Supervision Award from professional body the EMCC and their 2015 European Coaching Award.  She was also recognized with the 2018 Coaching at Work Award for Contributions to Coaching Supervision, and their 2019 and 2015 Best Article Award.  Eve is a Fellow at Henley Business School and the University of Southampton and has published two books, the most recent in 2020, co-authored with Professor Peter Hawkins: “Systemic Coaching – delivering value beyond the individual.”