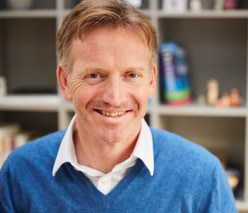 Steve is a personal and team Coach, Advisor and Non-Executive Director. Between 1995 and 2016 Steve held senior leadership positions as a management consultant at Accenture and Capco. Steve was the UK CEO for Capco until 2016. Between 2010 and 2016 Capco in the UK grew at 20% CAGR and reached as high as number 12 in the Sunday Times Best Companies to Work For survey.

The second Act of Steve’s career has focused on coaching. When taking a coach for the first time as a senior executive the relationship was so impactful to Steve’s work and broader life he committed to providing the same opportunity to think that he had received to others.

The Thinking Environment is the purest catalyst for independent thinking. It has provided Steve and his clients with moments of joyful clarity, acceptance, calls to action and a sense of responsibility that has driven lasting change.